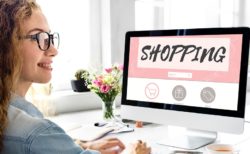 Let’s not deny the fact that it takes discipline in facing your debt problems. At some point, even the great purposes tend to sway on the wrong path due to habits, that becomes a routine and develop into an attitude. So, if you want to take accountability for your finances, learning the ways to break these habits will help.

A new book by Charles Duhigg entitled “The Power of Habit” talks about how you can break this poor habit of spending. Well, each of us acquires certain habits on how we manage to spend. Whether your spending on food, must-have stuff, and all other things, the attitude towards spending is perceived as a need even if it’s something that is non-essential.

In his book, Duhigg sketches a mechanism that will help us control spending habits, which can help us free ourselves from the bondage of recurring expenses.

Regardless of what attitude you’re trying to end, the root cause goes down with a cue. For instance, seeing you’re friend with a high-end gadget that comes with special features, your cue might be perceived as your desire to utilize those cool feature. In some cases, it might not just be a buying response, but perhaps the thought of rewarding yourself for a challenging day.

Moreover, the cue usually triggers your routine of shopping or spending, which leads to reward or the feeling of achieving your desires. So, if you’re fond of using your apple card, just make sure that it’s not to suffice your poor spending routine. Otherwise, if you’re gone out on control you might find your self seeking for a settlement program like the other Canadians.

You must determine the cycle that spirals your spending, which eventually becomes your routine and attitude. It can be determined by evaluating your expenses and understanding the rationale of your routine and the reward that comes with it.

As per Duhigg, most of your habitual cues can be initiated by the following factors. Besides, you can use these factors to determine what triggers your routine.

In spending the money as a means to carry out your usual routine, you might as well check the preceding emotion that comes after. You can way the means and the extremes and try to scrutinize whether you are being in control of your spending, or just hype with your desires.

After you have determined your habit, you must consider breaking it and finally put an end to it. It’s not easy though to break your habit, especially when it’s already a part of your routine and when it becomes an attitude. The truth is, the cue keeps initiating your response and thought of needing a reward. Hence, for you to break it, you must be creative in thinking of an alternative routine that will suffice the cycle of your spending habits.

An example on how you can replace your routine:

For instance, you end up spending a lot of money shopping online. You must determine when you are likely to shop, maybe at times when you get bored. Then identify the things that you preferably shop; is it something essential? or does it cost you instead of rewarding? Maybe doing something else during your free hours like talking to peers or browsing tutorials online that boost your interest may be an alternative rather than spending. This way, you can potentially acquire skills or learn some values instead of costing you a dollar.

Now, that you’re able to determine your cues and rewards, you might consider modifying and switching your habit. So, let’s say you perceived that you tend to shop during your free hours, and the reward that you get is owning the things that might be or might not be essential to living. Well, rewiring yourself should focus not on your cues; basically, you’ll always have free time. Thus, your intervention should focus on your routine, which is doing something useful in your free time. It might be something that you’re interested in doing and at the same time, something that can worthwhile.

Changing your usual norms isn’t something that you fix overnight. It requires discipline and the right attitude to carry out the changes as part of the cycle. The key to your success relies on your attitude and willingness to break your habits in spending.