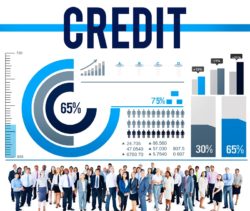 Most of Canada’s residents are becoming more eager to comply with their obligations each month. This is seen most especially in the elderly, where a significant number are exerting effort to pay off their debts to avoid reaching the point of having their debts unsettled.

With the poll inducted by the CIBC or Canadian Imperial Bank of Commerce, nearly 50% of the 72% of Canadians carrying various forms of debt made satisfactory payments. This number implies that most Canadians are moving in the right direction. Some others are also qualifying for a debt relief program such as a debt settlement and consumer credit counselling. Under the poll initiated, 66% of the payments goes to credit card debt, and 44% to the lines of credit while 22% are for mortgages.

The Steady Increase of Canada’s Debt

Eventhough a significant number of Canadians are moving towards the right path in repaying their debt, it does not convey a good statistics to the overall debt average of Canada. In fact, the average of consumer debt is gradually increasing. Taking into account that for the first time in 10 years, the gradual increase is much slower compared to the United States.

Furthermore, it is believe that Canadians have attain maturity in managing their finances. Their realization that getting debt will not do good, triggers the slow increase. They have reflected the misfortune of their neighboring countries, and doesn’t wish to take the same path and experience.

Besides, another interesting trend was noticed, indicating that only 4% of the loan that are past due for 90 days have been paid; while the sub-prime mortgage on the other hand, amounts for less than 3% on all outstanding mortgages. This is in contrast to the 14% acquired by the US on the verge of recession.

Additionally, report shows that Canadians belonging to the elderly bracket, carries the least amount of consumer debt with approximately $66,000, compared to the $129,200 held by those who are below 45 years old.

On the other hand, debt repayment does not result relatively to the growth of economy in an economic perspective. Somehow, it will lessen the tendency of the residents to borrow, which will be a perfect set up for the stability of the country in the years to come.