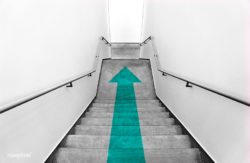 Debt payments are among the priorities of most adults. However, seeking the best ways to control your borrowing can be very difficult. In fact, when you get started in paying your large debt, it can already be stressful. If you’re someone who’s wanting to knock your debt down in a swift, then the avalanche method might be your choice. Just like an avalanche, this method can quickly allow you to get out of debt faster.

This method is also an inexpensive way to repay your debt. However, it may take such will to stick to it and continually knock down your debt as fast as you can. Here is how you can start with the Avalanche Method.

The Avalanche Method is also known as debt stacking. This method recommends paying off your debt from the highest interest rates down to the lowest. This works by paying down the debt which is ripping you the most. Mostly these are your credit card debt, student loans, and other high-interest debt.

To put this method in place, you can start listing down all your debt from the ones which cost you the most interest rates down to the lowest. Through this, you will know which debt to pay focus first and pay more than the minimum while paying the minimum payments for the second-highest debt down to the least.

When you’re in a struggle to become debt-free, you must know how much you can afford to pay down your payments. The most feasible way to do this is to list all your monthly payments and your expenses for approximately three months. You can start with the expenses that are likely to cost you the same amount each month. An example of which is as follows:

After, you can list the expenses to which value may change. These are entertainment, travels and more. Once you got your list, you can subtract this from your income and check the amount left which you can out up for the payment of your debt principal. Most of the time, this can result in cutting costs and withdrawing from dining out and other cutbacks that you can come up with.

The best time to start paying off your debt is now. In paying off your debt, you can start by paying the maximum debt payment that you can afford to pay for the highest interest debt. This is your main target while making the minimum payment for all the others.

Also, it is a mus that you remain diligent in paying your debts to keep a good credit rating. Missing payments and not paying on time can definitely affect your credit score.

Once you’ve paid off the debt with the highest interest. You can then target the second-highest on your list while paying the minimum on the others. Usually, this may let you pay first for your credit card debt since it normally has a sky-high interest rate.

On the other hand, to supercharge paying, you shouldn’t alter the amount that you initially paid for it. By doing so you can shorten the period of being in debt. Also, on a lower interest rate debt, paying over the minimum will go towards the payment for your debt principal.

The avalanche method lessens the amount of interest that you’re paying on debt, allowing you to get rid of your debt even faster. However, while this method is in place, you might need to track your payments and record your remaining debt just for you t see the fruit of your labor.

Before you head off on your quest to knock down your debt, you might also need to consider which debt would be easier for you to combine or consolidate. By consolidating debt, it allows you to pay smaller and more money will go towards paying your debt principal.

If debt stacking won’t work for you, you can try the snowball method, which might work for your attitude. This is especially true if you don’t have much patience. You must know that there are things to consider besides money when paying off your debt. Besides, if seeing progress as you pay down even the small debt will keep you motivated, a snowball method will be perfect for you.