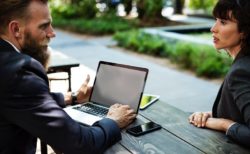 The challenge of recession and economic depression finally ceased at the start of 2013. A positive sign for the Canadians, though it never strikes in Canada extremely compared to the U.S.A. With the economy slowly rising, Canadians are no longer reluctant in getting installment loans, lines of credit, and all sorts of consumer debt. As the economy slowly progresses, Canadians are extra confident that they can manage to pay for their new debt.

Evidently, this notion is associated with a decrease in delinquency rates of Canadians. This implies that most Canadians who were previously unable to pay the minimum debt payments for the past 3 months or more were able to keep up with the payments. In fact, installment loans as the most rampant consumer debt were just over 1% in terms of default.

On the contrary, the sudden shift of consumer debts in 2012 for about 6% causes an alarm. If this number continues to rise, residents may end up facing their pile of debt, making it hard for them to pay it off. The fear that their ordinary income might be inadequate to supplement their payments each month is possible. The struggle of inadequate income plus the growing debt isn’t something that can be fixed overnight. This is the reason why several residents in Northwest Territories seek to file for a consumer proposal.

If your one of the residents who can no longer cope with paying even the minimum amount each month, you can see if you qualify for a consumer debt before filing for bankruptcy. Taking the path of a consumer proposal means putting yourself into a legal arrangement with your creditors. It allows you to pay lesser than what you actually owe minus the interest charges. By doing so, your minimum payment each month will be lesser. If you owe several creditors, you will no longer pay for several payments each month. A consumer proposal allows you to pay a single payment each month to your trustee. It is imperative that you hire a bankruptcy trustee that will design the proposal for you.

Moreover, you cannot make the proposal yourself. It is a legal binding agreement between you and your creditor; thus, you need to contact a licensed bankruptcy trustee to mediate the proposal. If your creditors accept your proposal, you can either initiate fixed payments or installments to wipe out your debt once and for all. Residents in Northwest Territories find refuge in filing for a consumer proposal as it allows them to pay their debts lesser. This is significant to those people who a large number of debts. If your debt reaches $250,000 or less, you can qualify to file as a single individual. Besides, if you and your husband or wife owes a total of not lesser than $500,000, you may qualify to file for a joint consumer proposal.

Positive and Negative Aspects of Consumer Proposal in NWT

Just like the other debt solutions, a consumer proposal also carries both positive and negative aspects. Understanding your financial struggles and the following aspects will help you draw a sound judgment.

It does not necessarily mean that a consumer proposal suits you when you have a large number of debts. There are other debt-relief options that may be suitable for your situation.  If you are still uncertain which debt solutions is right for you, FIND OUT MORE.