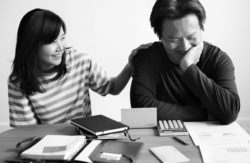 With the fluctuating trends in the economy, economist is getting more vigilant and proactive in anticipating indication that may affect the economy as a whole. Besides, it is expected that the world market will greatly affect the economic condition of Canada. This situation is conceived from the gauge analysis of data which conveys that some Canadians will be dwelling in financial vulnerability if they will not hasten their standard of living accordingly.

One of the provinces that trigger great concern to the economist is Prince Edward Island. Considering that the average of consumer debt in Canada remains stable, PEI, on the contrary, contributed a noticeable household spending that will affect the overall average in the long run as it continues. For instance, in the final quarter of 2012, municipalities of PEI garners a 9% increase in consumer debt. In fact, the average spending of the residents significantly dropped, implying an inadequate disposable income. This condition is a significant sign that the resident may turn to be delinquent in paying for their consumer debts.

If you happen to be a resident of PEI and you perceived that you’re on the verge of defaulting to your debt, you must know that help is always available for Canadians. There are several debt solutions in PEI that you can explore. One of which is a consumer proposal in PEI.

PEI consumer proposal is a great way for you to settle your debts ad keep your assets at the same time. It is a legal agreement between you and your creditors and is put together by a bankruptcy trustee. For you to qualify for a consumer proposal, you must not owe over $250,000 and $500,000 for a married couple who seek to file jointly. Moreover, for your proposal to take effect, your creditors holding 51% of your total debt must agree to it. Thus, it is important to craft a proposal that is favorably appealing to your creditors.

Advantages and Disadvantages of the PEI Consumer Proposal

Before taking a huge step in filing for a consumer proposal, you must first assess your financial situation and understand what is at stake. Knowing your options will allow you to make a sound decision and choice.

It does not necessarily mean that a consumer proposal suits you when you have a large number of debts. There are other debt-relief options that may be suitable for your situation. If you are still uncertain which debt solutions is right for you, GET HELP TODAY.