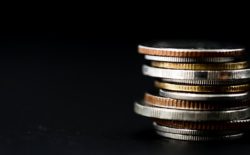 Yukon residents and the rest of the provinces are drastically stirred by the tension in the economy, the reason why several of them seek refuge in getting all sorts of debts.

Although this id the proposition of most residents in Yukon, still they have evidently manage their consumer debt. Default rates seemed low, which implies that most of them can cope up in paying their debts each month. In fact, consumer debt drops about 0.5%. This means that just half of the residents may have struggles in terms of debt payments.

Though the debt rate may not be alarming, considering that consumer debt is something that you need to look out, being vigilant and prepared can prevent any circumstances to occur. Besides, if the interest is too high, it will take longer for the residents to pay their debt. Significantly, some of them lend funds where they can’t even afford to pay it off.

If you’re one among the people who have been terrorized by your consumer debt, you may consider debt relief alternatives that will help you get out of indebtedness. One of the most common is a consumer proposal.

A consumer proposal is an alternative that residents in Yukon utilized when they can no longer manage to pay their minimum debt payments. It allows them to clear their debts without paying the whole amount that they owe. A consumer proposal is a legal binding between Yukon residents and their creditors and is filed through a licensed bankruptcy trustee. Comparatively, consumer proposal advantages are most likely similar to debt settlement. Both debt solution aims to settle debts into a lesser amount than what is originally borrowed.

Moreover, Yukon residents can qualify for a consumer proposal if their debt maximum is $250,000 and $500,000 for married couples who wish to file jointly. Also, for a consumer proposal to be accepted, creditors comprising 51% of your debts has to agree to it. This way, the other creditors will be compelled to follow the proposal’s terms; unlike in debt settlement, where you cannot force hostile creditors to reduce your debt.

Positive and Negative Aspects of a Sask Consumer Proposal

It does not necessarily mean that a consumer proposal suits you when you have a large number of debts. There are other debt-relief options that may be suitable for your situation. Understanding each debt relief option and evaluating your financial situation can help you come up with the best debt solution possible. If you are still uncertain which debt solutions is right for you, GET HELP TODAY.