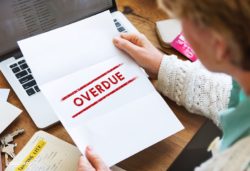 At the start of 2013, several economists in Canada explicitly denote an alarming condition in terms of household debts. This roots from the collapsed of the American economy due to their average household debts. Canadian household debt at the start of 2013 is not far from the average that Americans acquired before their economy disintegrated. However, since the statistics, comprises both secured and unsecured debts, the rise in itself is still bearable. This is because secured debt is conceived as a good debt for as long as you can manage to pay it.

On the contrary, since household debts involve unsecured debts, the increasing numbers should not be disregarded. It may indicate that the households are struggling to manage their monthly payments. It also implies that their income may be inadequate to suffice their monthly needs and debt.

In New Brunswick, the residents acquire a minimal average fo household debts than the average of Canada. However, in 2012, the residents contributed $2,000 per individual consumer debts to the country as a whole. This huge leap triggers the residents to seek assistance to ensure debt payments. One of which that they have considered is a consumer proposal.

How Does Consumer Proposal Works in NB?

Consumer proposals are established for Canadians as the last resort before stepping into the process of filing bankruptcy. It is a binding agreement crafted by a licensed trustee. A consumer proposal is an arrange agreement that a borrower proposes with the guidance of the trustee. This will be presented to the creditors which will vote whether to accept or deny the proposal.

So, if you’re thinking that you can propose yourself, it’s a wrong notion. You need to hire a bankruptcy trustee to do it for you. You will have to compensate your trustee through installments or fixed payment to administer his function on the proposal.

Should I File for a Consumer Proposal in NB?

Before you file for a consumer proposal, you must first understand and be aware of its outcome. You should weigh both its negative and positive aspects to make a sound decision.

A consumer proposal allows you to pay your debt conveniently. It binds all your debts so that you don’t have to pay to several creditors. In a consumer proposal, you’ll only be making one payment. This is a benefit that you can also get from a good debt settlement minus the damage in your credit repute. However, if your debt reaches $250,000 and $500,000 for married couples, a consumer proposal would be more preferable than bankruptcy; especially, if you are not willing to surrender your assets. This is another advantage that you can get from debt settlement for as long as you comply with the plan agreed.

A consumer proposal can incur damage in your credit rating for seven years. The impact that it can cause to your credit report is almost as severe in that of bankruptcy. Hence, if your total debts is lesser than $10,000, you’d probably consider the other debt-relief options available. Moreover, If you’re a resident of New Brunswick, you should know you can possibly get a better deal to lower your interest and principal through debt settlement.

If your debts are getting you in trouble, you must know that help is available. Simply fill out the debt relief form to get the help that is rightfully yours.