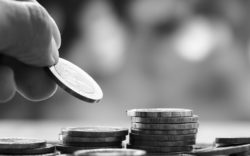 For Several Years Manitobans had been known to accumulate the lowest consumer debt across Canada. However, statistics show an evident change in numbers. Residents of Manitoba recorded the lowest consumer debt per individual in the year 2010. In the same year, a few residents also qualified for consumer proposals and other debt-relief programs. Most of the residents are somehow reluctant when it comes to credit debt, loans and any consumer debts which triggers their share role in the progress of the economy of Manitoba.

However, at the start pf 2013, the unwillingness of the residents to get involved in any kind of consumer debts seemed to vanish. In the year 2012, there was an increase in the consumer debt of each indicuals contributing about 8%. The possible reason that economist foresees is that the residents are attracted by the low interest offered by creditors and lenders.

Though the resident’s consumer debts may be attracted due to lower interest charges, getting several debts may hinder an individual’s financial stability n the long run. As most of the residents becoming less reluctant in getting involved with consumer debt, the possibility of default is not far from reality. In fact, several residents are seeking alternatives to free themselves from indebtedness such as a consumer proposal.

It is imperative for the residents of Manitoba to have a broad understanding of consumer proposals. A consumer proposal is not just a plain contract or agreement that Manitobans can make themselves. It is a legal binding agreement that is crafted by a licensed trustee that has to be agreed between you and your creditors. It an arrangement that includes payment terms and schedules which has to be accepted by the creditors representing 51% of your total debts.

Moreover, the proposal allows you to craft a payment arrangement to eventually clear your debt. Apart from the minimum payment, it also allows you to shun paying your interest and makes you pay less than the amount that you owe from your creditors. Since a consumer proposal serves as a legal binding, regardless if you owe money from several creditors, for as long as the creditors representing 51% of your entire debt agrees, the others will be compelled to follow what is under the proposal. However, if you failed to comply with what is stipulated under the proposal, you are forfeiting the benefits that you’re getting from it.

Facts about Consumer Proposal in Manitoba

Total Debts to Qualify for a Consumer Proposal in Manitoba

There are several factors to consider if you qualify for a consumer proposal in Manitoba. Primarily, you need to consider how much debt you have in total. For you to qualify as a single individual, your debt should not go beyond $250,000 and $500,000 if you’re filing with your husband or wife. Besides, you have to prove your inability to pay your minimum obligation each month.

Pros and Cons of a Consumer Proposal in Manitoba

Although your total debt qualifies to the criteria for a consumer proposal, knowing the damage that it can cause may hinder you from considering this option. The fact is Manitobans who do not want to dwell the negative aspects of bankruptcy, end up in a most likely similar setup. However, the good aspect that makes a consumer proposal distinct from bankruptcy is that it protects your assets; whereas, in bankruptcy, you will be obliged to surrender your possession that is unprotected except those exempt.

Additionally, in a consumer proposal, the trustee negotiating on your behalf can propose for a much lower interest reduction. This is preferable for Manitobans who have high-value assets and aren’t willing to let go of their possessions. In contrast, if you can still patch things up and avoid damaging your credit rating, a debt settlement can aid you in getting the same or even better deals in reducing your debts while avoiding the intense damage in your credit repute.

To know more about consumer proposals and other debt-relief options such as debt settlement, debt consolidation, consumer credit counselling, and other alternatives, simply fill out the debt relief form here.