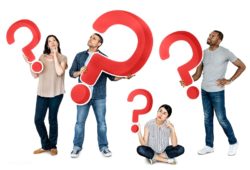 Things You Should Know on a Consumer Proposal

What is a Consumer Proposal?

How Does a Consumer Proposal Work?

In a consumer proposal, your payment terms are based on what arrangement you agree with your creditors. In this instance, your creditors will likely expect the amount that you can afford to pay. Your insolvency trustee will function as a consumer proposal administrator and will set a meeting with you to assess your financial status. This is done to determine the due amount to offer.

Moreover, every proposal differs since it will depend on your income and the amount of debt you owe; simultaneously, every proposal to your creditors also varies. In general, payments under a consumer proposal are dispersed over 5 years as the maximum and free of interest. Thus, allowing you to save approximately 70%-80%. Also, when a consumer proposal is accepted, it will halt your interest and can prohibit debt collectors and the deduction from your wage.

Do I have to pay my Entire Debt?

In a consumer proposal, you don’t need to pay your entire debt. Through the Licensed Insolvency Trustee, a certain proposal will be made for your creditors. This includes an option to offer a percentage or fraction of the amount you owe from creditors. Also, it can include an extension of the period to repay your debts or both options.

Furthermore, you must be aware that a consumer proposal cannot be extended over 5 years. When considering a consumer proposal, a Licensed Insolvency Trustee will administer a suitable arrangement to increase the possibility of having your creditors approve it.

How Does a Consumer Proposal Impact my Credit Rating?

Should I File for a Consumer Proposal?

You will get an instant shield from creditors and lenders when you file for a consumer proposal via a Licensed Insolvency Trustee and Consumer Proposal Administrator. You wouldn’t have to worry about your creditors’ harassing calls and deduction on your wages in this case.