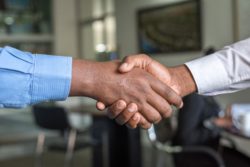 The consumer debt throughout Canada had a recess at the start of 2012; however, a sudden rise of approximately 6% is perceived in the final quarter of the year. In fact, the evident rise was rapid as it accumulates a 3% increase during the third quarter of 2012.

The economist explained that the biggest factor that triggers the increase is the increasing volume of car loans during the third and fourth quarters. This might not be positive news for Canadians; however, BC residents significantly exhibits an improvement in paying their consumer debts during the same quarter. Additionally, in the fourth quarter of 2012, the percentage of consumer debt per BC residents was 4% lesser than at the start of the year.

Although there was a drop in consumer debt in BC, the average consumer debt per individual in BC is still comparatively higher than the other provinces across Canada. The trends create an alarming proposition that BC debtors might fail to comply with their obligation. So, if you’re among the individuals who are currently failing to cope up with your monthly debt payments. A consumer proposal in BC can bring you new hope and a second chance to rebuild your finances.

What is Consumer Proposal in BC?

With a consumer proposal in effect, the principal of your debt will be lowered plus putting a stoppage on your growing interest charges. By doing so, it allows you to pay the agreed minimum amount that you can afford. This way, you can ensure that you can cope with paying your obligations diligently. Moreover, obstinate creditors will be forced to abide on the proposal’s terms for as long as the majority of your creditors holding 51% of your total debts agrees to it.

Positive and Negative Aspects of Consumer Proposal in BC

Furthermore, a consumer proposal will not cost you much than what bankruptcy will. Though it damages your credit rating, it may not be as severe as to bankruptcy. Besides, if you’re not automatically discharged from bankruptcy, it can take you longer to be debt-free than in a consumer proposal.

On the other hand, the negative aspect that you can severely suffer in a consumer proposal is its impact on your credit rating. This negative impact might give you a hard time getting a new loan or any lines of credit in the future. In some cases, that your credit application might be accepted, you might not be able to get a lower interest than usual.

What Other Options Do I have?

You must seek for reliable tips and effective solutions that can help you with your financial crisis. Whether a debt settlement, debt consolidation, credit counselling, or credit card debts, it is a relief knowing that help is always available. Besides, if all the debt solutions above have been exhausted, you can still find hope in bankruptcy.

All you need is to explore the options and assess your financial situation as to which debt relief option will suit you. After you’ve evaluated your financial shortcomings, you might consider to check and see if you qualify.