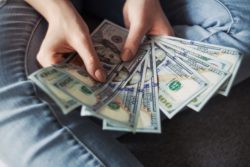 Throughout Canada, there’s a significant decrease in the number of residents borrowing from 2009 up to 2011. In fact, the yearly average of consumer debt dropped by about 8%. These numbers imply a positive course in the economy. However, this trend did not prosper in the succeeding year in 2012, where Canadians credit card debts and unsecured loans increased by 6%.

Though this is the average accumulated as a whole, some provinces had a significant increase of over 6%. One of which provinces is Alberta. The residents in Alberta had far more numbers of recorded debts compared to the other province or territory. The residents of Alberta contributed approximately 11% of debt and reaches about $37,400 at the start of 2013.

The growing number triggered an alarm. Many residents are having trouble coping up with their debts, especially those who have huge debts. The increase in the interest charges is making it more difficult for the residents to pay their minimum debt payments.

What Is Consumer Proposal in Alberta

Furthermore, your consumer proposal to be implemented, it has to be approved by the creditors holding 51% of your total debts. The other creditors might reject it, but having the approval of 51% initiates the binding on all your creditors.

Pros and Cons of a Consumer Proposal in Alberta

People experience financial difficulty at some point in their lives; however, it is a relief knowing that help is always available. ConsumerDebtAdvice.ca promises to keep things fair and straightforward when dealing with your financial struggles and shortcomings.  Moreover, ConsumerDebtAdvice.ca provide help and advice to people on the most common debt solutions such as;

Seek for reliable tips and effective solutions on how to overcome your financial constraints; it is never too late to get started, your road to financial freedom relies on the decisions you make now.