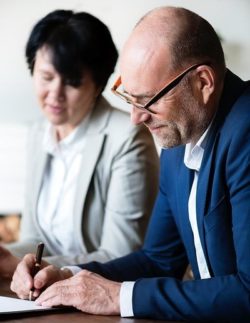 It’s not bad to help someone, but when it comes to co-signing a loan, you might need to think and ask yourself first. Though it might sound awesome to help, it might cause you a great problem if the person you’re co-signing for cannot comply with his or her obligation. Co-signing takes place when someone you know is in need to get a loan or security guarantee. This can be for education, car or for emergencies such as medical expenses and others.

A loan that needs to be co-signed so that it will get approved; otherwise, it will be denied if you don’t co-sign with them. You’re desire to help and your care towards someone can be perceived as you co-sign for them. However, there are certain risks and consequences when co-signing. For others, co-signing might just be a formality and there’s nothing that really significant about it after you co-sign.

Though you may know the person you are co-signing with, and might just have the perception that the bank isn’t just fair, it’s important that you know the significance and reasons why the bank requires a co-signee before approving the loan.

Reasons Why A Loan Gets Rejected

Believe it or not, the bank has a significant reason why co-signing for a loan is required. This is because, when the bank gives out a loan that can possibly default, they will lose significant money. Before they lend money, they have to secure their best interest of getting the money back. So, if the risk is higher to release the money, the interest charges will likely be higher for you.

Also, at times when your loan is not accepted, it may equate to your credit history. If they think that you’re don’t have the capacity of paying back the money, they will likely turn down your application.

The Risk Of Co-Signing

You should understand that co-signing for a loan makes you accountable for the agreement. In this manner, the person lending the money may not have the greater responsibility to pay it back, and so the creditor will not look into the borrower for payment capacity. So, if you’re co-signing for the loan, you’ll have a 100% responsibility for the terms that you agreed.

Moreover, if the person you’re co-signing defaults on the loan due to undesirable circumstances such as unexpected medical expenses or loss of employment and others, you’ll surely be the first target being the one co-signing for the loan as you can potentially payback than them.

The Consequences of Co-Signing A Loan

When co-signing for a loan, the main consequences that you will be facing is being accountable to the amount borrowed and causing damage to your credit. Besides, if you decide to apply for a loan, it will show that you’ve borrowed a certain amount, which is more than what you have. This is because in co-signing a loan, it does not specify that you did not get any money from it. In the long term, if the person you are co-signing for does not comply with his or her obligation, it might result to gap or destruction of your relationship.

Ask Yourself Before Co-Signing

Before you extend help in co-signing, you might need to step back and ponder if you are willing to take the risk and consequences. Though you KNOW the person very well, you wouldn’t know what would be the possible outcome. Besides, no one can see the future or predict what’s gonna happen in the day, months, or years to come.

Moreover, you just need to consider What if? Will you still be willing to pay for the money borrowed if certain problems may arise, making them unable to pay for it? Are you willing to pay back the entire amount? – These questions might awaken you from reality and might give you warning signs whether you should be co-signing or not.

It might be an unpleasant situation to turn down a close family member or a dear friend who’s asking for help. However, instead of co-signing, there are certain things you can do if you wish to offer help. If you have the money, why not directly lend them the money that they need. This way, the only risk that you’ll possibly face is them not paying back or destroying the relationship. Also, you can help them think of the resources that they have to come up with the amount that they need. Perhaps, other possible options can be done rather than getting a loan and co-signing for it.

Moreover, saying no does not make you a bad friend or relative. In fact, other than protecting your self and the person you’re just avoiding certain gap in your relationship and probably negative outcome that may occur on the course.