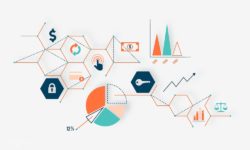 The annual average of household expenses in Canada amounts to $62,183; these expenses include goods and services from an array of clothing up to communications. This trend was evident in the year 2016, up to 2.8% yearly average from 2015

The spike was triggered by the increasing average of annual spending by the household of Ontario and Quebec. Ontario household spending reach up to $66,220 (+5.6%), while Quebec households garner approximately $52,447 (+4.5%).

Furthermore, there is also a large part of the expenses that are triggered by private transportation costing to $10,660. When it comes to food bought in stores and restaurants, Canadian household yields an average of $8,784 as a whole.

Although both groups spent equally in their total consumption on food, the expenses in transportation vary. Regularly, households with the lowest income garner a $4,204 on transportation, those with the highest income spent $20,962.

Consumption trends differ when it comes to household composition. Census revealed that one-person households shifted the most prevalent type of household debt in Canada for the first time in 2016, exceeding several households with dependents.

As per provinces, Alberta households are ($74,044) proclaimed as the costliest average for goods and services. In contrast, New Brunswick ($50,175) spent the least. Besides, the largest share of expenditure used on the shelter was recognized in Ontario households (30.9%) and British Columbia (30.0%).

On the other hand, Newfoundland and Labrador households consumed the least percentage on shelter (23.7%). Moreover, Alberta households ($15,318) and Saskatchewan ($14,522) consumed the largest on transport amidst all the provinces, while Quebec households ($9,652) spent the least.