The Basics of Consumer Proposals, Understanding The Process and Outcome

The Basics of Consumer Proposals, Understanding The Process and Outcome

What is a Consumer Proposal? 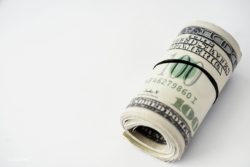 When you’re feeling drowning with your debts and that you’re incapable to pay it in full, you might find refuge in filing for bankruptcy. As bankruptcy eliminates your unsecured debts, it enables you to rebuild your finances for the second time in your life. However, before you end up filing for bankruptcy, it is imperative to consider all the debt solutions possible. A consumer proposal, for instance, serves as the most common debt relief option that Canadians consider before filing for bankruptcy.

The Consumer Proposal and Your Creditors

Moreover, though several creditors decline your proposal, if they only hold 49% or lesser than your total debt, they are still obliged to comply with the proposal’s terms. This can happen if the creditors with 51% or more of your debt agree to the arrangements or provisions. Thus, it is important to create a proposal that is amenable to your creditors that you owe the most. Getting their approval will surely prosper your consumer proposal to take place.

As compared with debt settlement or debt consolidation, a consumer proposal has several negative aspects. In contrast, however, it also has positive aspects, which makes it more preferable for someone who’s on the verge of filing for bankruptcy.

It is always recommended for you to speak to a reliable debt counselor to determine the best option for you. So, this can be the chance for you to find a way out from indebtedness, just simply check to see if you qualify.