Filing For Nunavut Bankruptcy – How To File Correctly - Online Guide 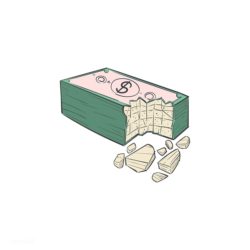 Whether the situation calls for it or it’s just a matter of extravagance, putting your whole life in getting a loan and securing credit card can trigger temptation that draws you closer to indebtedness. Wisely spending your money and saving for the future can avoid this situation to occur. However, if you’re currently on the verge of a financial crisis, filing for bankruptcy isn’t the primary answer.

In Canada, individuals who can’t simply find their way out from indebtedness can find refuge via the number of debt solutions available. This includes a debt settlement or a consumer proposal. So, if you’re on the go to filing for bankruptcy, you should consider the mentioned debt relief programs instead.

In contrast, there are cases that can only be answered by bankruptcy; Nunavut residents, though share less often than the other countries. For instance, in the year 2011, Nunavut records the lowest consumer debt across Canada; garnering 0.4% for every 1,000 residents. This data is in accord with the Office of the Superintendent of Bankruptcy Canada. It may sound so inviting, but it does not imply the entire rate of bankruptcy in Canada. Statistics show that Nunavut residents file a 0.2% bankruptcy rate for every 1, 000 people in the year 2010; duplicating the average rate in the progressive year. This would mean that a lot of the residents were having trouble coping up with their payments in 2011 than in the year 2010.

So, prior to making a decision whether to file for bankruptcy needs a sound judgment as it can be a traumatic experience for someone, unaware of its process. Thus, to come up with the best option, you must have a clear view if you should file for bankruptcy in Nunavut.

Residents of Nunavut are qualified to file for bankruptcy if their unsecured debt total to at least $1,000. For you to qualify, you must exhibit incapacity to make payments of your debt and must then file for bankruptcy via a licensed bankruptcy trustee.
Once you filed for bankruptcy, the trustee will set up a trust where your unsecured assets will be deposited to cover at least a considerable compensation to your creditor.

Though your creditor can’t collect any debt during this process, they are entitled to seize at least a portion of your property to compensate for a part of the amount that you owe. The trustee repays your creditors from the trust and will return your asset when your bankruptcy is discharged. This way, your loads of debt are eradicated, and you can start picking up your broken finances to rebuild it.

Advantages and Disadvantages of Bankruptcy  in Nunavut

Filing for bankruptcy in Nunavut will make you undesirable to creditors for about 7 years or more. This would mean difficulty in getting a new loan. Potential creditors will surely, check your credit status to assess your creditworthiness. This is one of the unfortunate truths in bankruptcy; it can ruin your credit report for several years and can potential seized unprotected assets. Besides, keep in mind that bankruptcy does not protect all your assets. It might protect some of it but just the one that doe not warrant a high value.

On the contrary, if you’re having extreme financial circumstances, filing for bankruptcy in Nunavut will prohibit the collection of your debts. It can also be a way to learn more about how to manage your spending since ist process involves credit counseling. Also, once you’re discharged, you’ll be given a second chance to start afresh. A chance that you shouldn’t waste.

Know that bankruptcy is not the only solution to eliminate your debt. You can consider other debt relief that will not yield severe damage in your credit standing. All you need is more awareness to come up with the right decision, whether a consumer proposal suits you or the other debt solution.