How To Apply For Bankruptcy In Monitoba 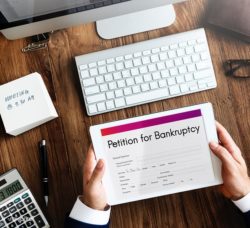 The levels of consumer debt in Canada continue to progress, and figuring out when will it ceased is unpredictable. Besides, the average level in terms of household debt in March 2013 ranges from $165 over $100 of post-tax disposable income. This number continues to climb up because of several factors. The factors that trigger this rise include lower interest rates, high-priced housing, and even an increased in wages.

If you’re an economist, then you probably have a clear view of how secured and unsecured debt affects the economy. The rising of unsecured debts such as credit cards, payday loans, and others can be deteriorating to statisticians. Considerably, it would convey that more people are unable to cope up in making up to date payments of their bills. In fact, in February of 2013, Manitoba acquires the highest numbers of consumer debt; each year, it records a significant increase of about 8% starting from 2012.

Manitoba contributes a lesser average of consumer debt than the overall Canadian average; the continually rising number of consumer debt each year is alarming. It would convey that a growing number of residents are experiencing financial struggles. Putting this in place, the consumers of Manitoba have viable options that can aid them in paying their debt. They can exhaust their chances with various debt solutions that include filing bankruptcy as the ultimate resort

Manitoba bankruptcy is an option for residents who can no longer manage to pay what they owe regardless if they’re under debt settlement or consumer proposal. The consumers in Manitoba who pursue filing for bankruptcy are mostly those with higher debt, which is over $1,000 ( minimum amount to qualify).

With some assets exempt, bankruptcy is a means to get rid of your unsecured debts. In cases like child support payments or alimony, bankruptcy will not excuse you in rendering such obligation. Moreover, if you have loan money out of collateral or guarantee asset, such debt will not be eradicated in bankruptcy. Also, in most cases, mortgage debt is not forgiven in a bankruptcy.

If the solution to your situation is filing bankruptcy, you will have to file via a licensed bankruptcy trustee. The licensed trustee will administer your asset in a trust where your creditors can get a portion of the amount you owe. Generally, this process will transpire for nine months up until your bankruptcy discharged. Yoru discharged will then merit forgiveness to certain debt that applies.

Why Should I Choose a Manitoba Bankruptcy?

Though Manitobans affirm in the belief that bankruptcy is the best solution, understanding bankruptcy may increase awareness of what’s appropriate for them. So, before, you make the biggest decision in your life, consider the following pros and cons.

Filling for bankruptcy is not the easy way out of your debts. It will require personal and financial expenses. The cost of filing is overwhelming, and the process is devastating. If you haven’t other means to solve your indebtedness, you might want to consider a consumer proposal and see if you qualify.